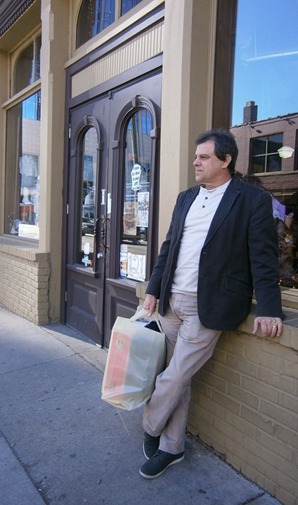 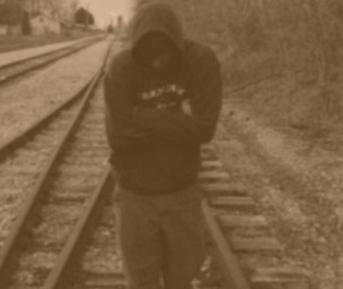 It was the mountains of North Alabama that gave birth to the 'Mountain Village' books which include Katelyn Manor, Mona White's Diary, and The Shadow Man.

"The streets, sidewalks, storefronts, town halls of these mountain towns are special. Walk down the street and the town literally begs to be written about, to be set by a storyteller. I had no choice. I had to tell the stories." - David Myers

David's worn many hats over the years: teamster, riverboat deckhand, U.S. Marine, Ironworker. Following his Marine Corp stint, he studied at and graduated from Delgado College in New Orleans with a degree in Computer Science. He currently works under contract to NASA. David lives with his wife, Rose, and sons in the Appalachian foothills. They visit New Orleans frequently.

~~The shadow man had known the girl was following. He’d smiled, finding it humorous that she would take the challenge so seriously. He’d known he should disappear, lose her quickly, and had decided to do so when he saw her go down. He’d heard her muffled cry. He’d heard a metallic thud on the track. He’d distinguished the outline of someone else on the tracks, another shadow man. He’d recognized the intruder from earlier, dragging the girl away from the tracks, into the brush. The encounter left the shadow man in pain. He took a knee and remained for a time, looking at the still form of the girl lying in the brush. He began to weep softly and continued doing so for several minutes. He winced when he lifted her. She was heavy. She was breathing. She was soft and smelled like a woman. He began to plod down the track, slowly at first, gaining momentum with each step. - from 'The Shadow Man'

~~With that Chief patted me on the shoulder and trudged off, presumably heading for home. He stopped and spoke briefly with the doorman of the club, a guy I went to school with and know pretty well. Chief glanced into the club as he walked by, and just kept going. He turned toward the river. I heard my old schoolmate say “See ya later, Chief.” That’s how I came to learn my new friend’s name. - Dylan Livingston from 'Chief'.

~~“Mr. Wilder, you may not appreciate this, being a Yankee and all, but around here we like things to stay the same. I got my routine and when something’s different, I get all outta sorts.”  -Jenna Humphries from 'Katelyn Manor'.

~~Sonny was big, as big as Jackie Barataria and bigger than Peckerhead. Sonny said nothing to young Chuck.

“Mr. Sonny, how come they didn’t show your fights at the theater?” young Chuck asked.

Sonny went down to a knee and looked into Chuck’s face.